A comet is a tiny, icy object in the Solar System that begins to outgas when it approaches the Sun. This causes a ‘coma’ or atmosphere to be visible around it along with a tail. On March 2, 2022, using the Zwicky Transient Facility (ZTF) survey, astronomers Bryce Bolin and Frank Masci found a comet which was named C/2022 E3 (ZTF), initially thought to be an asteroid, due to its extremely compressed coma. 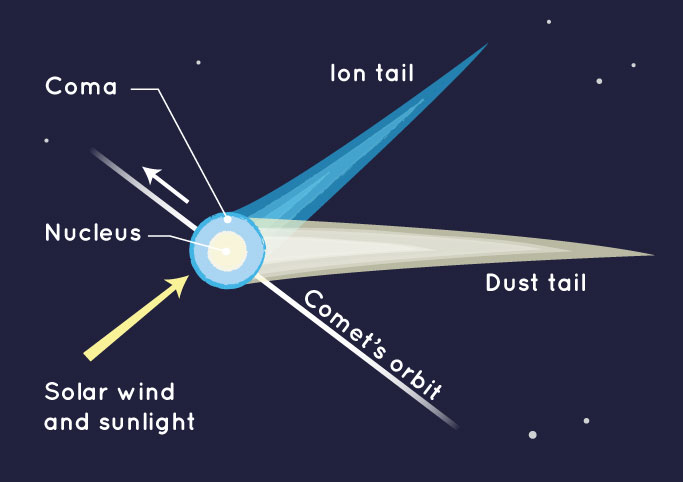 Using the Zwicky Transient Facility, the comet was first observed at a distance of 4.3 AU (640 million km) from the Sun, with an apparent magnitude of 17.3. Early in November 2022, the comet had brightened to magnitude 10, and as it moved parallel to Earth, it appeared to be moving slowly in the constellations Serpens and Corona Borealis. The comet showed a faint ion tail, a yellowish dust tail, and a green coma. By the end of November, the comet was visible in the early evening and had begun to be seen in the morning sky. By December 19, the comet had a greenish coma, a short, broad dust tail, and a long, faint ion tail that covered a field of view of 2.5 degrees. Following that, the comet began to move northward, passing close to Polaris by about 10 degrees, through the constellations of Bootes, Draco, and Ursa Minor.

Some facts about comets:

If you’ve ever been in awe of the natural world, particularly the night sky, then this is a day that you must not miss.  A constellation, resembling a crown, called Corona Borealis contains the comet C/2022 E3 ZTF.   Despite the comet’s constant motion in space, experts have calculated that it has a diameter of roughly 1 km. Compared to the famous NEOWISE (C/2020 F3 comet), which was found on March 27, 2020, it will be smaller. The experts predict that the northern observers will be able to see it more clearly. It is estimated that this comet appeared after 50,000 years! Therefore, prepare yourself with the best equipment to record while taking part in a once-in-a-million opportunity.

It is anticipated that the iceball tail of Comet C/2022 E3 ZTF will stretch across a field of view of 2.5 degrees. On January 12, 2023, it will reportedly be at its closest to the Sun. The tail will change depending on how the solar winds affect the ion glow. On January 14, 2023, the comet will leave the constellation of Corona Borealis and move through the constellations of Boötes, Draco, Ursa Minor, and finally, Camelopardalis as it approaches its closest point to Earth. As we move into the final week of January, C/2022 E3 (ZTF) will be visible all through the night. Its peak brightness is expected to occur on February 1st, 2023 as it will approach the Earth’s orbit. The comet might experience outburst periods, which could make it appear brighter than anticipated.

After February 2023, there is a greater chance of the comet’s brightness to decrease. 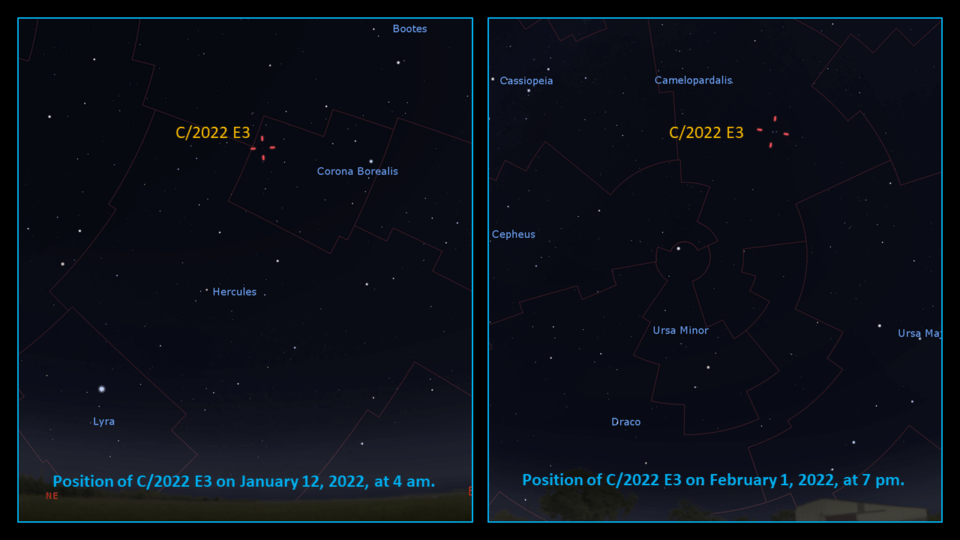 The final week of January and the first two weeks of February are probably when we’ll have the best views. Although one can refer to the standard constellation rising times for that particular day of the month, the comet will be visible from Darkest location Like Stargazing Mumbai Dehene Site starting at 1 am from this month (January). To see the comet at its brightest, people must travel to a dim area or also can join Comet C/2022 E3 (ZTF) watching and Stargazing at Dehene event  where the light pollution is very low. Make sure to capture this moment and share with us!

How to use Telescope for Stargazing? Types of telescope: Reflector, Refractor

The one where we survived a super solar storm 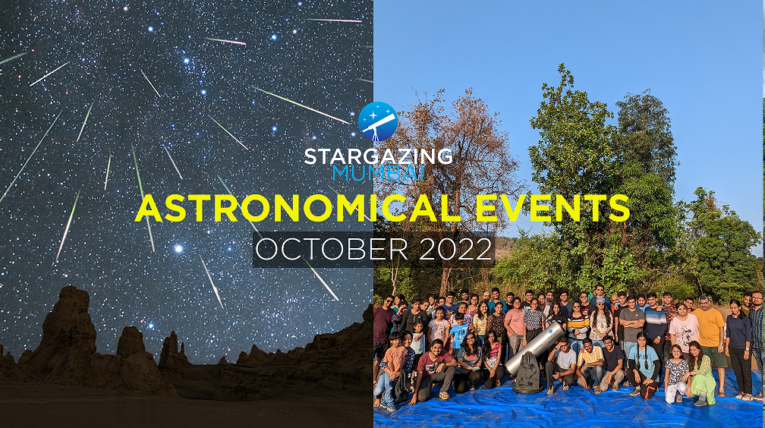 October wants you to become an owl- Are you Ready? Jupiter Saturn Moon Parade, Starparty.